Boasting 360-degree views of Fremantle, beautiful rose gardens and well-maintained lawns, the Fremantle War Memorial, which is perched on top of Monument Hill has become one of Fremantle’s most prized structures. 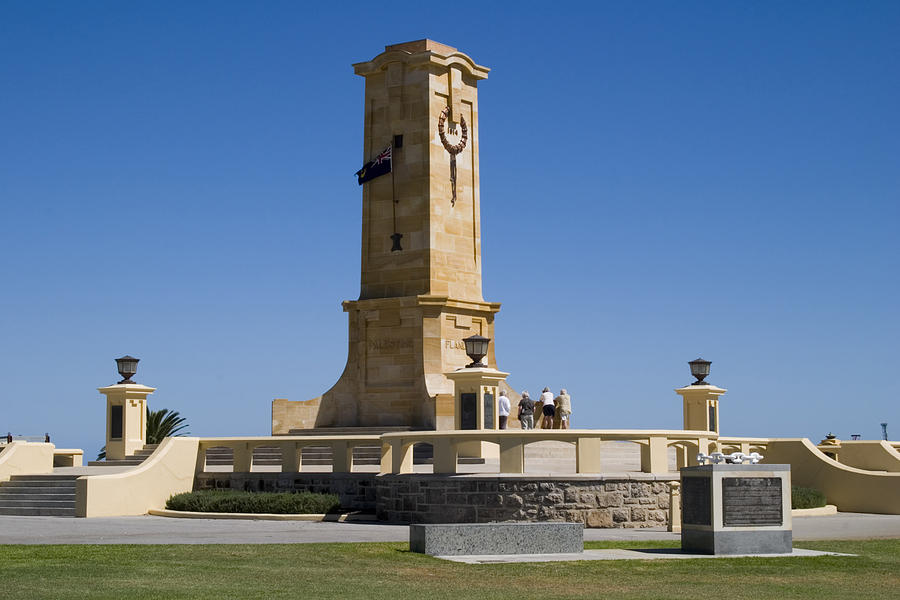 The 11-acre garden is home to both the main monument and eight other small memorials commemorating the efforts and sacrifices of other soldiers and navy men.

Appropriately situated overlooking the harbour, the memorial pays respect to those who lost their lives in World War I, World War II, The Korean War and the Vietnam War.

The History of the Fremantle Monument

The monument was officially unveiled in 1928 and was the country’s first memorial recognising personnel from the Australian Navy, as well as ground troops and air force men.

The monument’s origins can be traced back to 1921 when the women in the local community expressed their concern in the council’s constant delays in erecting a suitable memorial. The Mayor of Fremantle, Frank Gibson, was quick to diffuse the tension by appointing a War Memorial Committee, which was comprised of architects, builders and influential local men. However, the struggles surrounding the memorial continued, as plans were rejected and the state government started pressing for the erection of a main memorial in Perth, rather than local ones like the one Fremantle had been planning. However, the Mayor of Fremantle wasn’t ready to give up so easily. He argued that Fremantle was a more suitable location for the monument as:

“[Fremantle] represented the last sight of Australia our troops had on leaving for service and the first they had upon returning. For that reason, it has a great sentimental value. By its position, it would serve to memorialise not only the soldiers but also the sailors.”

Original designs for the monument were deemed to be ‘too Victorian in nature’ and not suitable for the progressively modern era of the 1920s, and it took some time for the local council to find the right architects and builders to bring the memorial to life.

When it was finally unveiled in 1928, thousands of Western Australians gathered by the site, as returned soldiers and sailors marched with boy and girl scouts to remember the fallen. The Governor, Robert McMillan, also gave a moving speech.

“From the harbour below sailed many of Australia’s bravest and best men carrying with them overseas all Australia’s hopes and fears. The harbour was the first of their own land seen by those who returned. Many had not returned, and in their memory, the noble column was raised. Through the years it would stand by day and by night to remind all who saw it of many lessons taught by war. It would also stand as a glorification of peace because it would tell of the hopelessness and futility of war.”

Today, The Fremantle War Memorial hosts ANZAC Day and Remembrance Day celebrations/mourning and is visited by thousands of locals and tourists. When visiting Fremantle, as you drive into town from Perth, make you stop by the Monument and take a moment to reflect on Australia’s tumultuous 20th century.

If you need accommodation while you’re here, ask Callan Apartments about our studio and one, two and three bedroom apartments!