Fremantle has a rich maritime tradition, and it is beautifully curated and displayed at the WA Museum’s Shipwreck Galleries, which is this month’s Callan’s Choice. 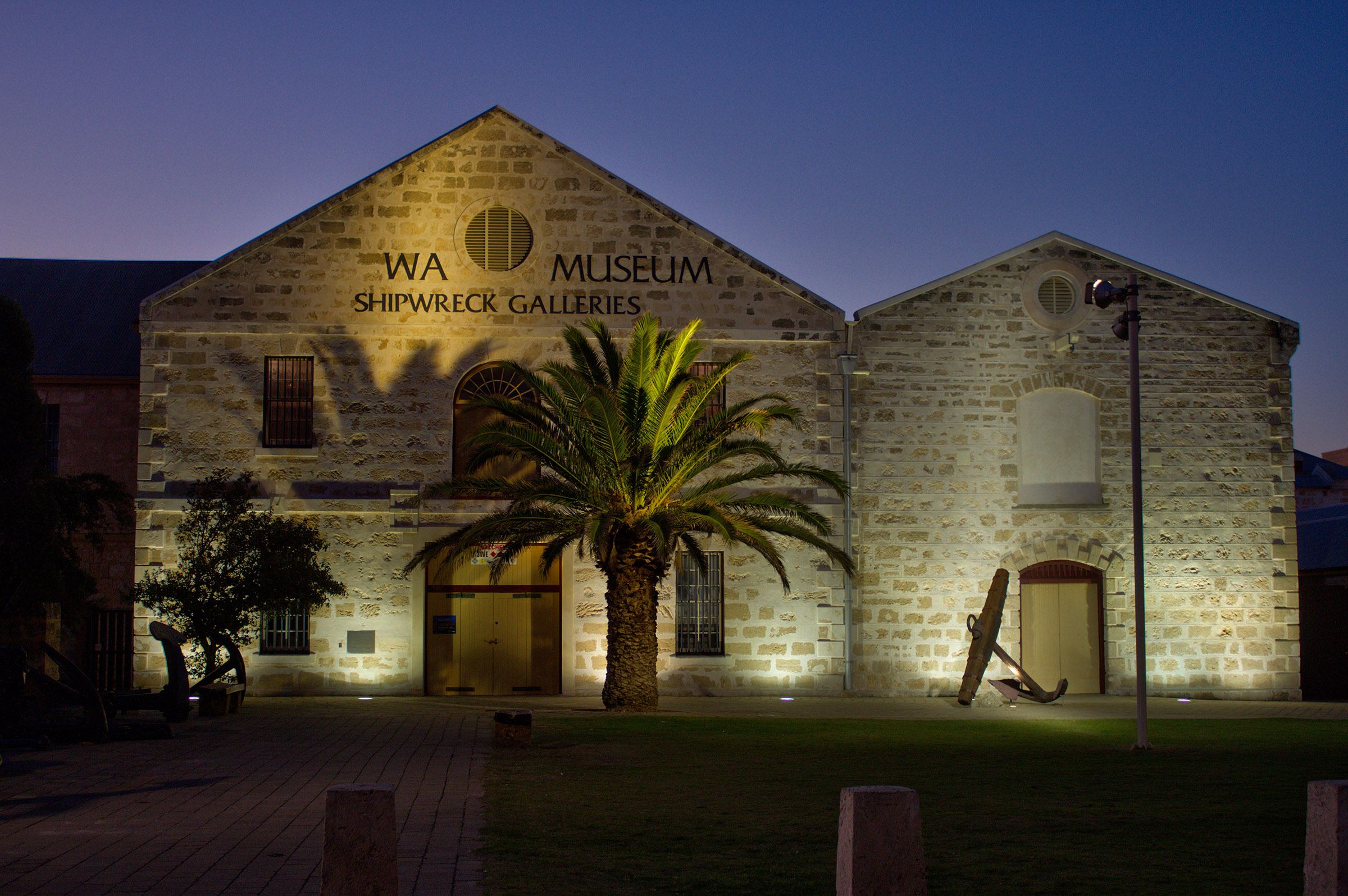 When most of us think of Fremantle and sail power, it’s Alan Bond’s name that springs to mind. And it’s true that by winning the America’s Cup in 1983 Bondy certainly put Fremantle on the map for millions around the world. But Fremantle’s history in intimately bound up with sail, and for over four centuries the Western Australian coast has been a destination – if not of choice – for European sailors.

It was an inauspicious beginning. The first people from the Northern Hemisphere to set foot on Australian soil didn’t so much land here as bump into our coast after neglecting to make a rather important left turn. Although the very first recorded wreck is that of an English vessel, the Tryall, the bulk of them were Dutchmen on their way to the Spice Islands. In the early 1600s the Dutch were fast-becoming the world’s mightiest maritime nation, and their revolutionary East India Company – the VOC – was busily exploiting the grip on the spectacularly profitable spice trade, centred in Batavia, which they had prised from the Portuguese.

The VOC’s ships would leave the Cape – another Dutch possession – and run before the reliable winds of the 40s before making a sharp left as they approached the Australian coast.

These were the days before longitude could be fixed, and timing the left turn was a chancy business, and many ended up making unintended landfall in Australia. To this day, their wrecked vessels may be found strewn up and down our coast, and the remoteness of their locations has meant that many are remarkably intact, and have yielded a rich trove of artefacts which can be seen at the Shipwreck Galleries.

Exhibits at the Shipwreck Galleries include some beautiful models of historically important ships, including the Dyfken, a tiny scout vessel whose purpose was to provide armed protection for the main fleet of merchantmen.

Its nimbleness contributed to the Dutch defeat of a superior Portuguese force which secured the Spice Islands for the VOC. On its second voyage to the Spice Islands, Dyfken (“Little Dove” in Dutch) led a busy colonial life, and was sent east to explore the waters separating Australia from modern Indonesia and Papua New Guinea. It was thus at Cape York that she first visited Australia.

More adventures followed for the little ship, including a successful encounter with a Spanish fleet. After a life that included two round trips between Holland and Batavia, and sterling service in defence of VOC interests, she was hauled ashore in Ternate for careening, but declared beyond economical repair. Her remarkable record led to her choice as the basis for a replica to be constructed to re-enact a typical 17th century Holland-Batavia voyage.

One of Fremantle’s most cherished attractions is the full size working replica of the Dyfken, which will be the subject of a future blog.